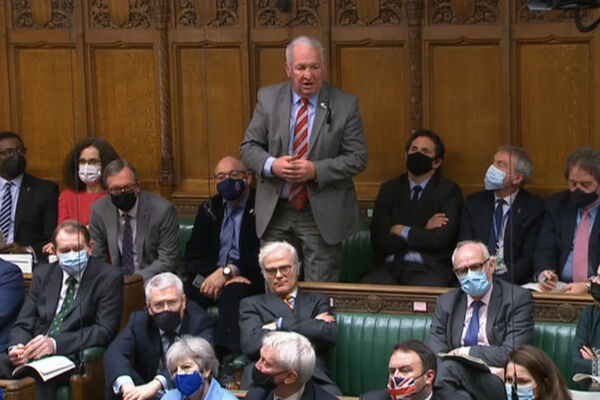 The Rt Hon. Sir Mike Penning has been fighting for Medicinal Cannabis since 2018
28 Jan 2022

Speaking in Prime Minister’s Questions on Wednesday 26th January, Sir Mike Penning, MP for Hemel Hempstead, called on the Prime Minister to take action to enable children who have been prescribed medical cannabis to get their prescriptions paid for by the NHS.

Long-time campaigner on for the issue of access to prescribed medical cannabis, Sir Mike Penning called on the Prime Minister to use the political will that exists to bring this long-standing saga to a close.

A number of these seriously ill children, with a rare form of epilepsy that results in them having over a hundred seizures a week, have been prescribed medical cannabis which has dramatic effects and enables them to lead a relatively normal life.

However, due to a bureaucratic complication where the responsibility for this moved from the Home Office to the Department for Health, the majority of them are unable to get these prescriptions filled on the NHS.

Sir Mike took the opportunity of winning a question in the weekly lottery for Prime Minister’s Questions to ask the PM to resolve this mess which is costing the families involved hundreds of pounds a month.

“This is a bureaucratic nightmare. These seriously ill children have had their medication prescribed by a consultant and yet the NHS is refusing to pay. This is costing these families a lot of money and heartache. We must sort this out, it cannot go on indefinitely!”